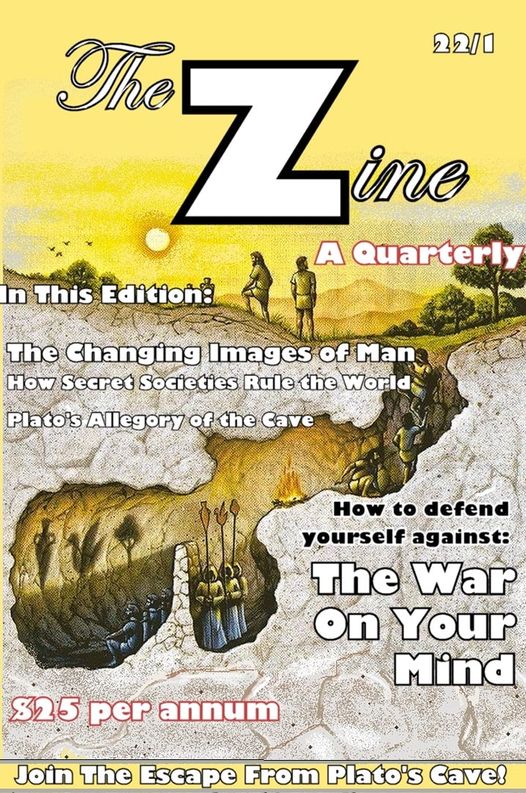 The son of a wealthy and noble family, Plato (427-347 B.C.) was preparing for a career in politics when the trial and eventual execution of Socrates (399 B.C.) changed the course of his life. He abandoned his political career and turned to philosophy, opening a school on the outskirts of Athens dedicated to the Socratic search for wisdom. Plato’s school, then known as the Academy, was the first university in western history and operated from 387 B.C. until A.D. 529, when it was closed by Justinian.
Unlike his mentor Socrates, Plato was both a writer and a teacher. His writings are in the form of dialogues, with Socrates as the principal speaker. In the Allegory of the Cave, Plato described symbolically the predicament in which mankind finds itself and proposes a way of salvation. The Allegory presents, in brief form, most of Plato’s major philosophical assumptions: his belief that the world revealed by our senses is not the real world but only a poor copy of it, and that the real world can only be apprehended intellectually; his idea that knowledge cannot be transferred from teacher to student, but rather that education consists in directing student’s minds toward what is real and important and allowing them to apprehend it for themselves [This is US right now!]; his faith that the universe ultimately is good; his conviction that enlightened individuals have an obligation to the rest of society, and that a good society must be one in which the truly wise (the Philosopher-King) are the rulers.
The Allegory of the Cave can be found in Book VII of Plato’s best-known work, The Republic, a lengthy dialogue on the nature of justice. Often regarded as a utopian blueprint, The Republic is dedicated to a discussion of the education required of a Philosopher-King <——[This can be you!]. 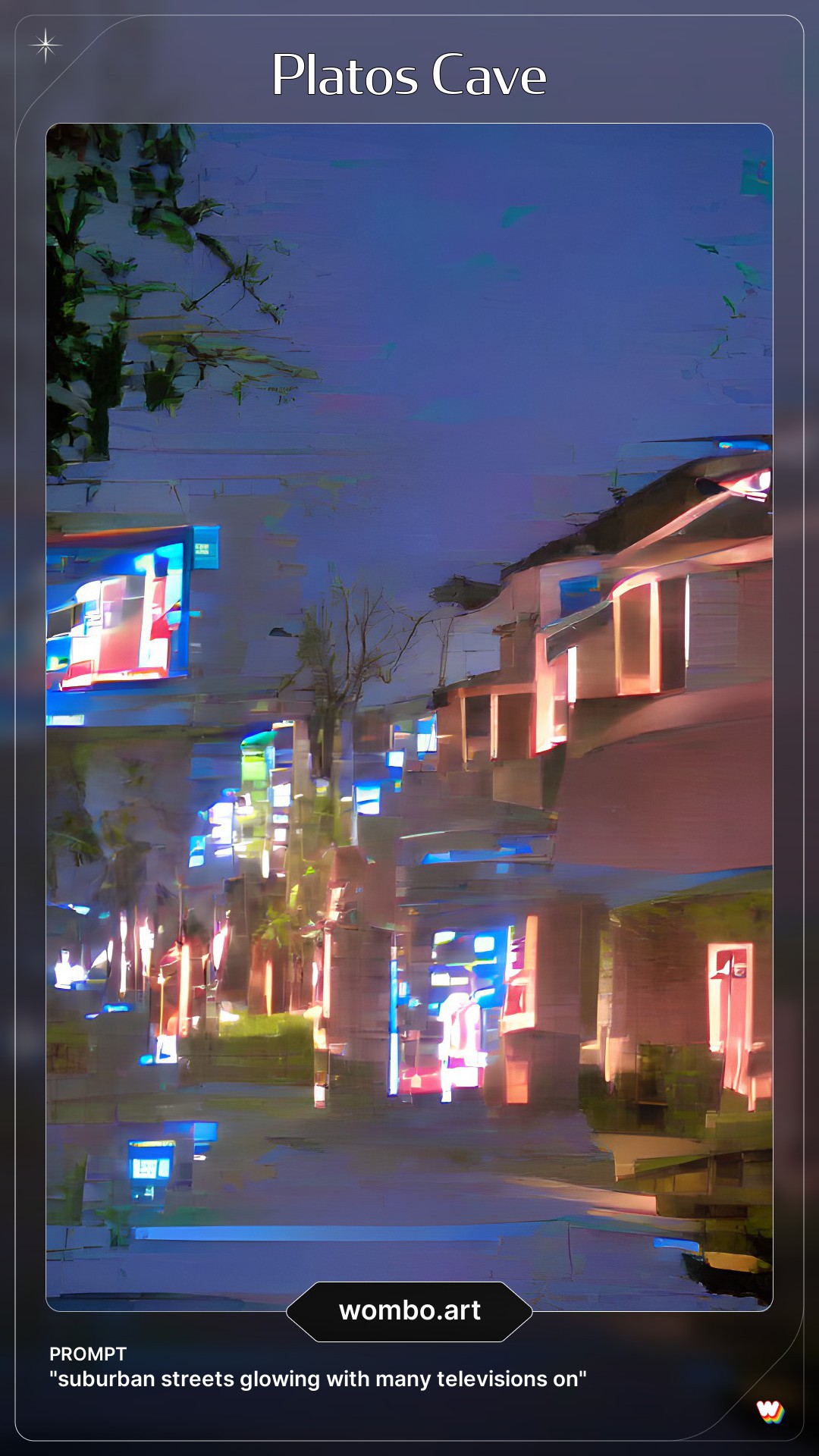 The TVs get bigger, the houses get closer, and the streets are ever filled with the dim glow of your tele-visons programming. Millimeter waves run rampant through our streets bouncing off concrete, permeating all biological life like a fish in a sea of electromagnetic waves. Despite millimeter waves differing from microwaves simply by the frequency of its occurrence, our air waves are filled with nucleous cooking wattage, our country sides littered with giant control towers more reminiscent of a prison. At this point what’s the difference if the prison is a cave, your mind, or the whole world. We all have experienced the latter with the biowarfare attack on humanity in March of 2020. Total world lockdown.

Since then we have seen the doubling profits of the organizations whom stood to benefit from the ‘order from home consumerism’ that took the world by storm. All conveniently, sharing only a handful of corporations of stockholders. Netflix, HULU, Roku, HBO, Showtime, Amazon.. the list goes on. Amazon delivers on Sundays, and has what appears to be like five trucks even in my rural township. Many folks around me are retired by 45, and apparently all they do is shop online. Likely, everything they buy is made not in USA. Supply chain shortages exist, but not for China. Somehow their Walmarts, Lowes and other peddlers stay stocked to the roof in their products made for temporary use.

I’m not even going to get started on our antiquated power generation systems and industry. I noticed the other day that cars/automobiles are referred to in two ways now;

It took me a minute to figure out what ICE was, as I found it peculiar that a vehicle would be referred to as ICE. Suddenly, the lexicon for auto talk has a host of new terms but I fail to see the progress in technology that would of been commensurate with the growth seen in the first half of the 20th century. We allegedly made it to the moon in 1969, but have since lost the technology to do so again. Actually, not much has changed in technology since WW2. Things got lighter and fancier, but as far as leaps in technology, none that reached the public. It’s like there’s an elephant in the room but no one has noticed it. I suspect technology advanced, but not for the general public. We get battery electric cars from circa 1800’s, and the petrol burning motor which could run on water but that wouldn’t make billionaires. I think it’s about time humanity got off its knees, stop this insane need to buy Chinese crap, consume opiates, and jump on every bandwagon the media shoves down our throats. Let’s take back our history, and decide our own future. These history revisionists have gone far enough. When we get back to reading, we can break free of the chains of propaganda, 4th generation psychological warfare,  and shove all that garbage right back.

Please consider visiting our Resource Library, House of Applied Knowledge; where you can catch up on all the great books you missed. We have put a ton of work into creating great content for folks to enjoy, please consider subscribing to our quarterly ‘zine’ at the bottom of our landing page. Obviously, we do this out of the passion to share with others but your subscription will help offset some of the development costs such as webhosting and printing. Most sincere thanks for your consideration, peace be with you! 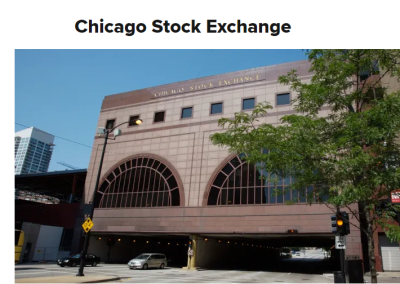 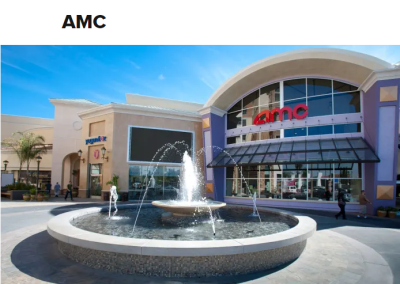 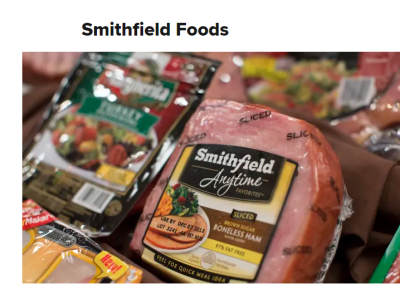 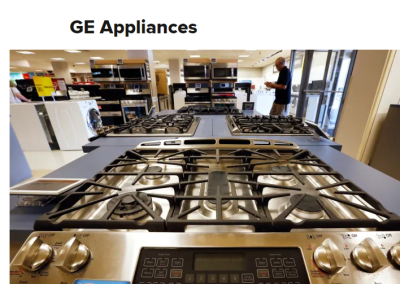 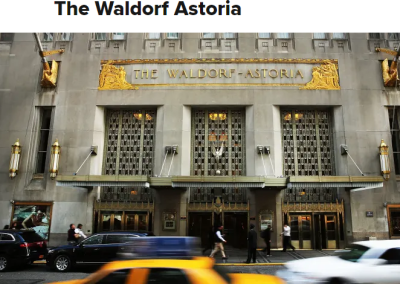 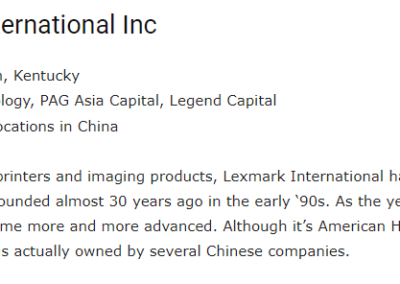 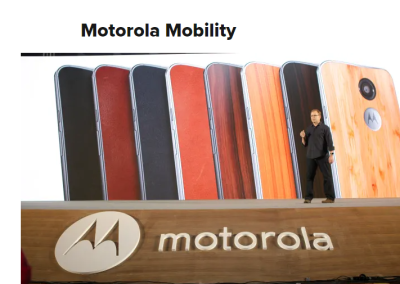 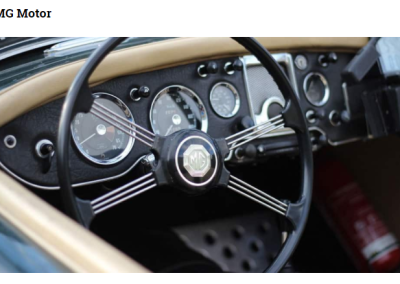 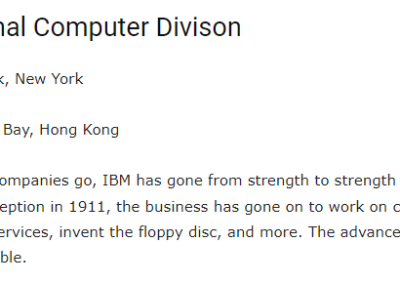 America has kept itself in constant war since WWII, playing big brother to every nation but its own. We have spent Trillions of dollars on foreign problems, while China has used that same money to purchase countries infrastructures. And now that they own the better part of our GDP, the worlds GDP, they quietly play big dog. China is the beneficiary of its chained American Bulldog. China has its own problems, they too like the Kremlin are victims of Secret Societies. The world is not ruled by citizens of nations, but by members of a fraternal orders owing allegience first to their order, then to its constituents. This is FACT. No longer conjecture, the Burden of Proof is stacked row after row, warehouse after warehouse. There is no rebutte on this statement that will not be swept away in a sea of evidence, PRIMA FACIE, Provenance is on our side this time.

China doesn’t want nations, it wants their GDP’s and through it they become the beneficiaries. Here’s what you don’t know. Communism which runs China is operated by agents from Secret Societies. Quick reference will reveal that Marx, Lenin, Stalin, Mao are all brothers from a masonic fraternal order. The same one all of our boys are a part of on our side of the ocean, some names: Gerorge Washington, Benjamin Franklin, all the way to the Roosevelts, Kennedys, Bushes, Clintons, Trumps. The list literally never ends. This is not conjecture as we have the evidence in hand to prove our premise not only in digital images, books, but we see it in our everyday life in plain sight.

In conclusion I leave you with this, next time you turn your Tele-Vision Programming on, keep in mind that your no longer just watching IT. It’s watching you too, and reporting everything to its benefactors. 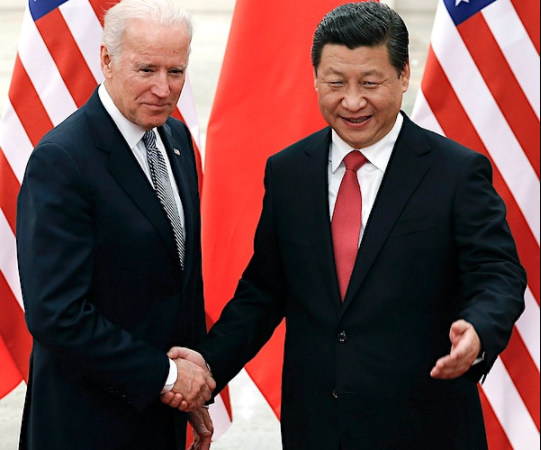