The Inquiry in Paris

“The scholar expert, today has a status and role both commonplace and indispensable. This was not always so: the change began with US participation in the First World War, when professional historians from the most respected universities in the country were brought into government service as technical experts and advisers.” (4)

Officially, the Paris Peace Conference of 1919 was to establish a new and lasting world peace. The conference and its promise inspiring the hearts and minds of the world, and the American Delegation, on the international stage for the first time, was to deliver on that promise.   Despite what most still think, the Great War was never meant to “make the world safe for democracy”, nor has it since lived up to the promise of Fabian propagandist H. G. Wells as, “The War That Will End War”. Yet, strangely, these verifiably false slogans remain as the stated causal factors behind the war. Today, these headlines are seen as poorly aged propaganda from even before the ink was dry, as we, their children of the future, find ourselves in an historically unique position to both, bear witness to, and cast final judgement upon the long-term results of the Great War and the peace talks that followed. We now endure a nearly perpetual world of war while never truly experiencing democracy in our lifetimes.

And, as we mark the 100th anniversary of both Walter Lippmann’s Public Opinion and Edward Bernays’ Crystallizing Public Opinion with yet another war of containment in Central Europe we at The History of Propaganda continue our From the Embers of War series with part three, the Inquiry in Paris.

By the time the Inquiry arrived in Paris, they had been reduced to a couple dozen of their most important and influential members. When they boarded in New Jersey, they were all fairly obscure social science professors, but in Paris they became the technical ‘expert’ in search of a permanent world peace. Each division chief was hand-picked for his particular field of study but each member also chosen for his liberal, progressive sentimentality. Nearly all members of the America Delegation in Paris were liberal. Wilson and his advisors made a specific point of it. The entire conference itself presented within a progressive liberal framework of social equality and reform. Liberation of the State through self-determination the conference’s professed mission. And the Inquiry were to play a leading role in nothing less than: the formation and dissolvement of entire countries, the writing of all five peace treaties, the finalizing of war reparations, and the authoring of the conference’s primary achievement, the first international body, the very Covenant of the League of Nations.

But the Inquiry’s immense influence doesn’t end there, they were also central in the formation of both the foreign offices, and the modern intelligence agencies, of the United States and Britain. The Inquiry members were all major proponents of an Anglophile reunion, the bringing back of America under the control of Great Britain. This one of the primary goals in Paris, setting the foundation for the entire profession of international affairs as we know it, and it is in Paris, for the first time in the modern era, we see the first formal association between academia, government, private corporations, and press media. And, from out of the embers of the first world war the scholar expert emerges as the sage counsel to all. Such an indispensable part of today’s culture, this reliance on ‘the expert’ opinion got its start in Paris. Created as a necessary element to an ever more complex world meant to guide global policy and public opinion through the advice of the technical expert. The Inquiry in Paris a major harbinger to the American exceptionalism that would define the 20th Century.

Each Inquiry member was named a Division Chief in Paris, and was given a portfolio representing a geographical region on the grand chessboard of Eurasia.  And each Division Chief was provided for by a team of secretaries and researchers, tasked with presenting to the conference and its delegations ethnographic, topographic, and geographic reports on the socio-economic issues confounding each region, taking into account secret treaties of the past. Each Inquiry member according to his specific ability was tasked with providing the conference according to its specific needs. Their recommendations on national self-determination, demilitarization, border placement, rights to rare earth minerals, and the settling of colonial disputes largely accepted and authored into the Covenant of the League of Nations. They became nation builders, students of the king-maker, moving away from the old-world czarism that existed prior to the war, moving away from the traditional material force of arms, and towards a permanent court built on the principles of international justice. The League, the forebearer to NATO and the UN, was to avoid war through membership into a liberally minded global community, governed through conformity to the greater good.

In the organizational chart offered below, taken from James T. Shotwell’s, At the Paris Peace Conference, we see the organizational chart for the American Delegation. The Inquiry here again, officially labelled as intelligence chiefs, and Bowman the Chief Territorial Specialist and Executive Officer. Bowman was one of the most influential tools of the trade in Paris, later lauded for his expertise and influence on the novel profession of geopolitics was, along with several other Inquiry members, present in San Francisco some twenty-five years after Paris at the creation of the United Nations. Inquiry Chief of Russian and Poland, Robert Howard Lord, was instrumental in the self determination of Poland; William Christian Bullitt, otherwise Horwitz was Scroll and Key from Yale was the head of a mission to Russia during the conference meeting with Lenin and the Bolsheviks three days after Soviet Russia withdrew from war.  The aforementioned James T. Shotwell, largely responsible for authoring the International Labor Organization in Paris was, according to his alma mater at Columbia “present at, indeed instrumental in, the creation of some of the most important international institutions of the twentieth century”.

Walter Lippmann, James Brown Scott and David Hunter Miller were also indispensable in Paris. Lippmann, the primary author of Wilson’s Fourteen Points speech that leads to the League of Nations covenant, and Miller, international law expert of the Inquiry, co-authoring that very Covenant of the League of Nations. Lippmann again, this time together with other Inquiry members including George Louis Beer and Whitney Shepardson, as well as many others within the larger US delegation, also happened to be American members of Cecil Rhodes inspired Round Table Movement. With the explicit desire to bring together all of the English-speaking races. The merger between the Inquiry and the Round Table members a rarely spoken of, but none the less important proceeding in Paris in that meetings between the two groups, outside of plenary conferences, held at the Majestic Hotel, were instrumental in the creation of both the Council on Foreign Relations and her British counterpart, the Royal Institute of International Affairs, two key components to their British/American Reunion. Today, these institutions remain two of the leading not-for-profit think-tanks in the world, steering global opinion through public diplomacy ever since.

All of the men of the Inquiry, as were those of the larger American delegation, and the entire conference itself, with its 32 participating countries, all acting in the name of a noble lie, they were willing samaritans, called to the highest of humanitarian purposes, a world-wide call for peace that today more resembles that of a holy pious science fiction. And, the public’s continued blind reliance on the expert, first established by the Inquiry in Paris having run its course for over a century, now surpassing in definition even that of cult religion as scientist sponsored dogmas fabricated from whole cloth are repeated ad nauseam byway of television hypnotism, consumed hook, line, and sinker by the ever-loyal living room sycophant. This phenomenon observed at the time by New York World editor Frank Irving Cobb, “Confronted by the inexorable necessities of war, governments conscripted public opinion …. They goose-stepped it. They taught it to stand at attention and salute … It sometimes seems that after the armistice was signed, millions of Americans must have taken a vow that they would never again do any thinking for themselves. They were willing to die for their country, but not willing to think for it.” This reliance on the technical expert as an answer to an ever more complex world the common progressive school of thought shared throughout the conference has resulted in the rampant, runaway societal apathy that now threatens to cast away to the winds forever the rights of due process and informed consent; personal autonomy and honest, uncontaminated scientific exploration.

History shows that these men at the nexus of business and statecraft instead of delivering an idyllic dream,created the blueprint for a real-life utopian nightmare. The plans for an open-air prison panopticon the likes of which Fabians Huxley and Orwell and Wells would eventually take their bestselling storylines from. The League of Nations, to the surprise of most, in fact a Fabian creation, and Paris proving to be nothing more than a front, a blind for a socialist inter-allied plan of global socialist control. The pursuit of a universal liberal hive mind.

The peace conference, a reflection of the war in that it was primarily economic in nature, not humanitarian. For when has a war ever been humanitarian? At stake in Paris in fact, were the chief economic regions of Mittel Europa. The main areas of conflict during the war perfectly overlay the most richly concentrated areas of Central European natural resources as well as the most important trade routes – those connecting the Western European trade routes with the Near and Far East oil and gas reserves. What national security advisor under Carter, Zbigniew Brzezinski coined “the grand chessboard“.  This area of immense historical importance in the world and the processes by which it was reformed following World War I have directly led to the catastrophic social programmes and institutions we are buckling under today. These institutions and the ideologies that steer them, and the real reasons for the peace conference of 1919 of great interest to the History of Propaganda and will be the subject of a series of future articles.

“These institutions and the ideologies that steer them, and the real reasons for the peace conference of 1919 are of great interest to the History of Propaganda and will be the subject of a series of future articles.” 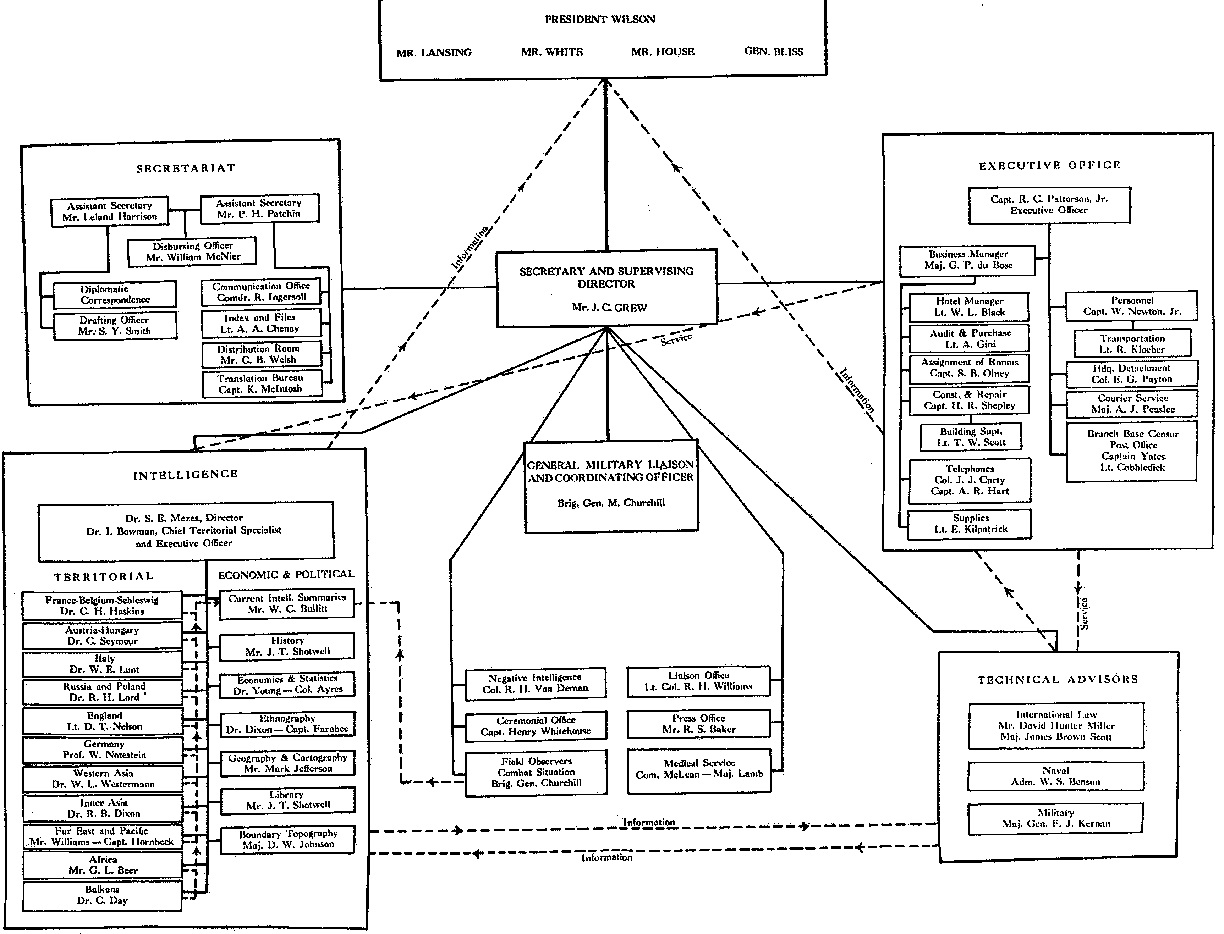 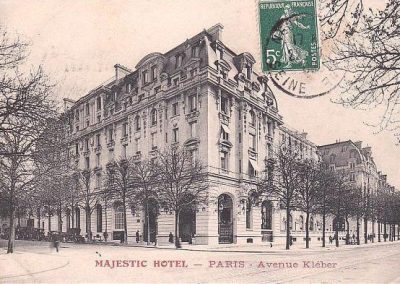 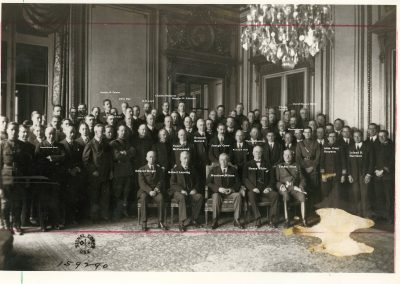 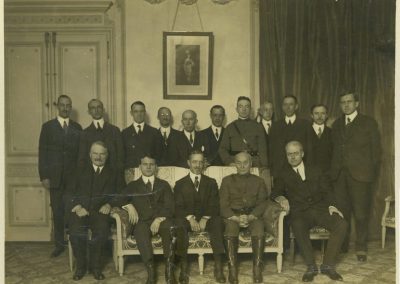 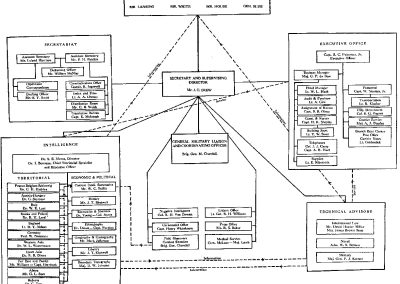