“Bowman believed that the United States should have an activist foreign policy, and he helped found the Council on Foreign Relations to achieve that goal. The council was an elitist group, influential in the formation of foreign policy in World War II, and devoted and activist gradualism”

Isaiah Bowman was born one day after Christmas in the year 1878, and died in Baltimore on January 6, 1950, at the age of seventy-one. He is most known as a founder of American geography but his work with the United States Government while vast remains today very much underappreciated. Bowman was born to a Canadian German Mennonite farming family in Waterloo and would move to Michigan as a young boy. Today the University of Waterloo named its social science building The Isaiah Bowman Building. As an indicator perhaps of his future path young Isaiah excelled scholastically and loved reading The Voyages of Captain Cook. As a young man he attended the newly founded Ferris Institute prep school at Big Rapids Michigan, now Ferris State University. He would later attend State Normal College at Ypsilanti where he would learn under future Inquiry member Mark Jefferson, and then learn directly under the “the father of American Geography”, William Morris Davis. 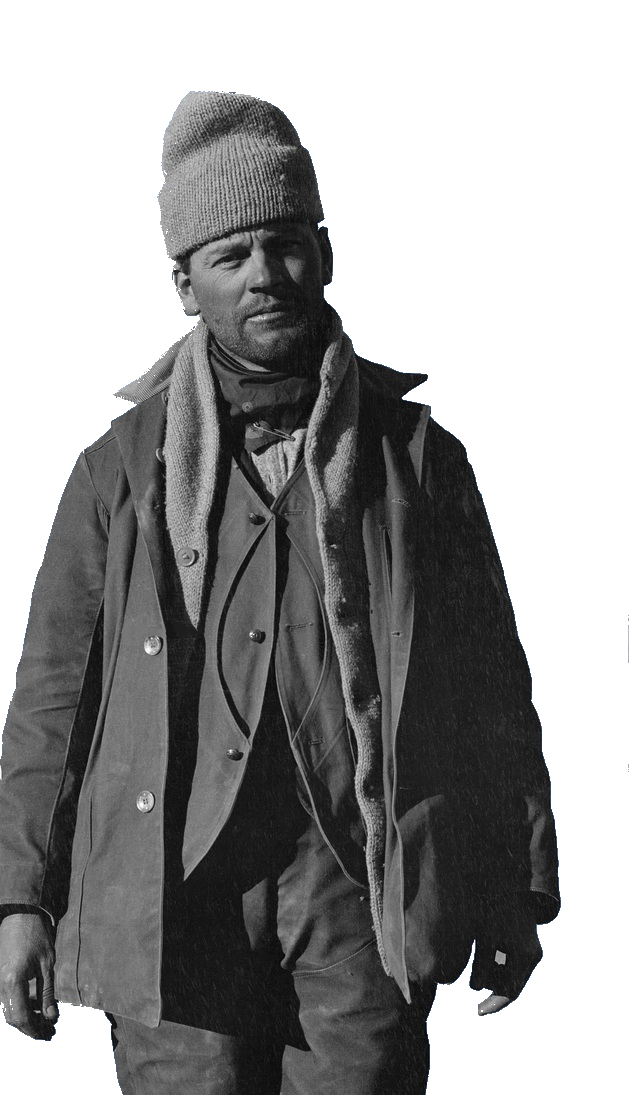 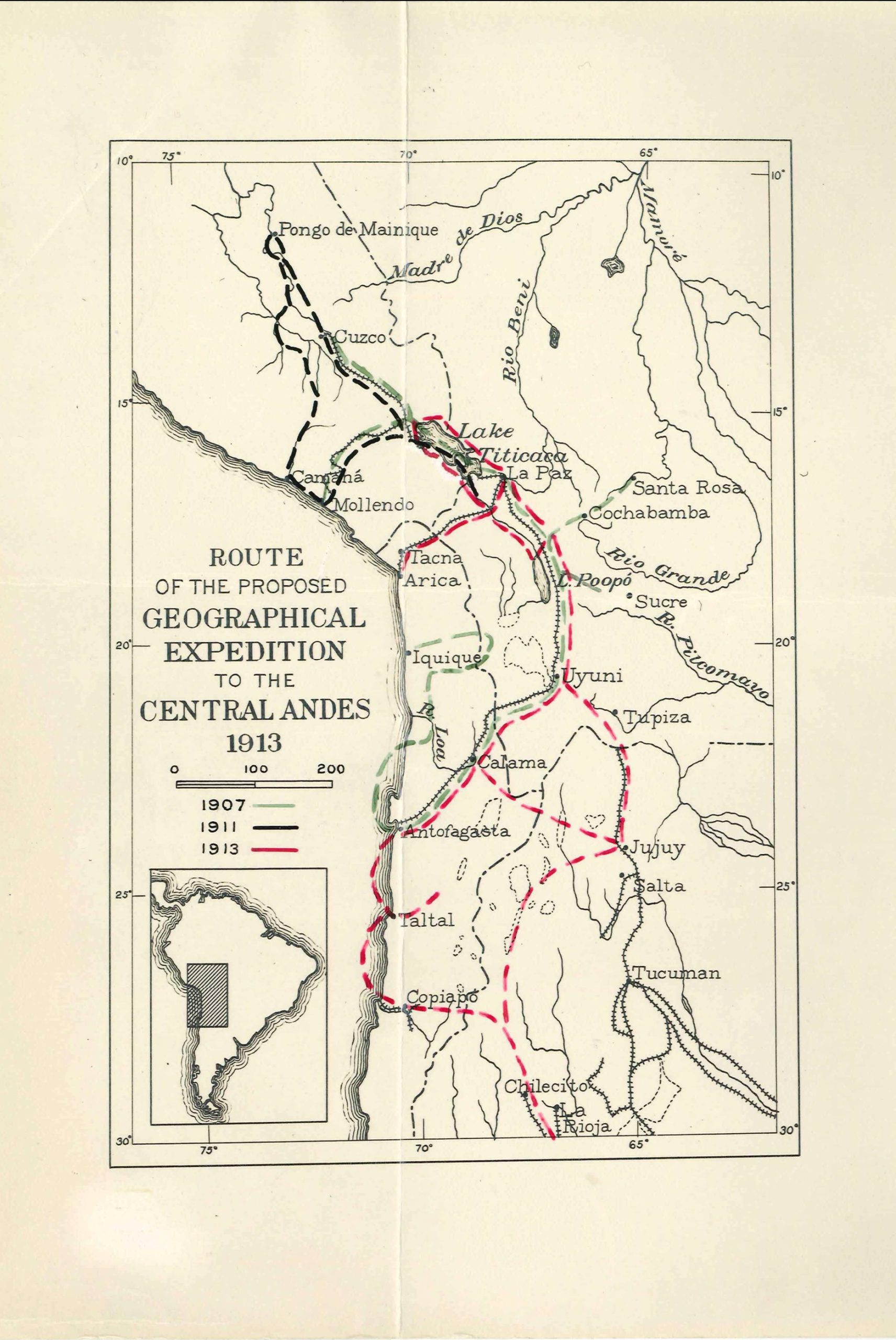 Bowman taught at St. Clair County, Michigan as early as 1896 and would graduate Harvard with a Bachelor of Science in 1905. After graduation he was offered an instructor position in Yale’s department of geology. It is during this time he would gain a PhD, writing his doctoral dissertation ‘The Physiography of the Central Andes’, a brief of his 1907 South American reconnaissance expedition on behalf of the Yale Corporation. Bowman led a team in 1907, landing in Antofagasta, that followed ancient trails through La Paz, Lake Titicaca, and Cuzco.  Documenting along the way, geographical topology and local infrastructure as well as observing local customs, religions, and tradition. Bowman noting throughout his work the significant role geography plays in the evolution of the human being. How, at the heart of geography, is the study of man in relation to the earth. These some of the first formulated thoughts of Bowman, on the importance of geography on politics and a glimpse into his future involvement in American foreign policy. 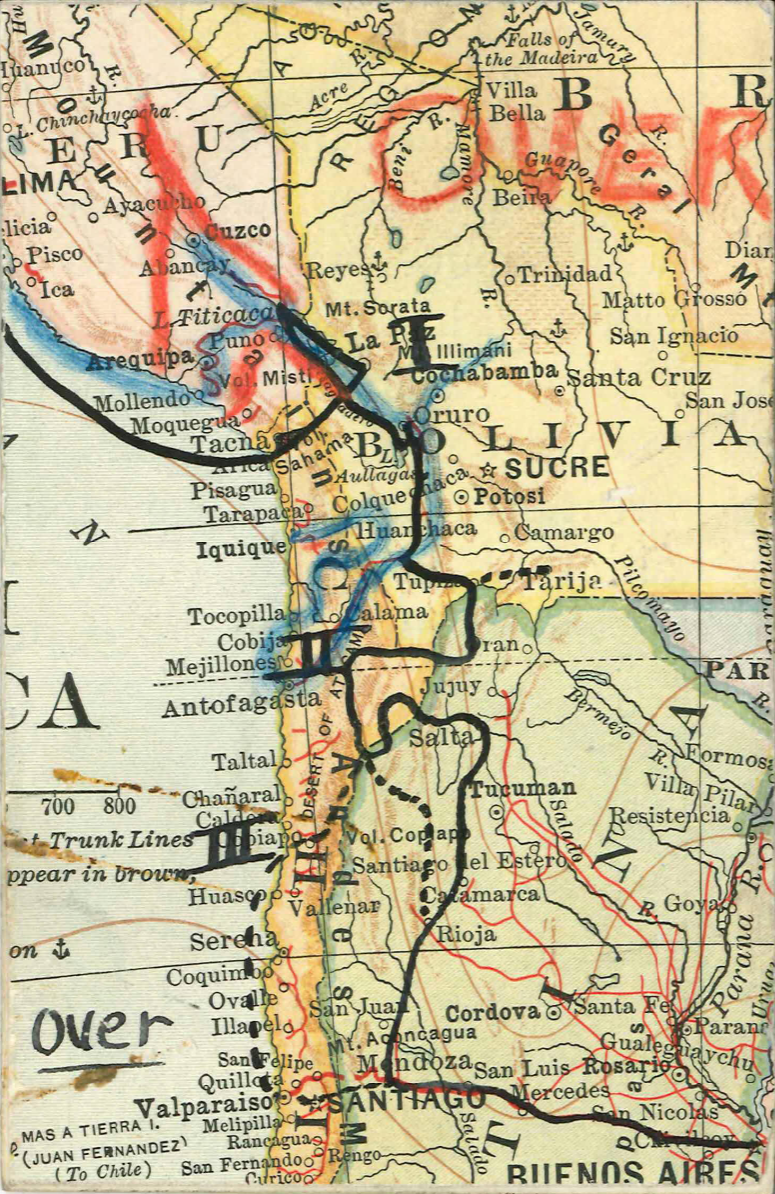 It is during his second South American Expedition 1911, sponsored by National Geographic and Yale University that Bowman accompanied fellow Yale professor Hiram Bingham in the rediscovery of Machu Pichu., Bingham a holder of two Master of Arts degrees, a Bachelors and a PhD. Bingham stating,  “We landed at Mollendo the chief seaport of southern Peru, in June 1911, and went at once for Cuzco, the Inca capital”. The team was to be broken up into three parties to do “archeological, geographical, and topographical reconnaissance exploration”. Bowman started his team at the most northern end of the great bend of the Urubamba Valley at Pongo de Mainique and headed south. They travelled through unchartered terrain, navigating deep river valleys and some of the highest mountain peaks in South America, much of it not for the faint of heart. All along the way, Bowman surveying the notable geographical landmarks, calculating elevations, and recording rock structure and composition, some of this work at the behest of industrial interests back in the United States.

Here, in Bowmans own rude scribblings we see indicated the three South American expeditions. During their first trek, in 1907, they stayed in the northern area of Cuzco. The second trip more central, included the area around La Paz and the third while comprehensive, was generally focused to the south and the desert plateau of Atacama. The first trip, under the auspices of Yale and the American Geographical Society, and with the approval of the Chilean and Bolivian governments, the first Yale South American Expedition with Bowman at the lead, makes their way to South America. Bowman goes off grid for a total of five months, his communication with Yale during these trips documented by way of personal letters and Bowmans well preserved diary, now held in his archives. Making their way through Chile and Bolivia, Bowman and his team leave behind a large catalogue of photographs that indicate a particular interest in the local infrastructure, the railway lines, hydroelectric dams, power stations, and agriculture, while  witnessing and noting the innovative local modes of transportation as well as getting a good  feel for the locals and their way of life as it relates to the their geographical location in the world. 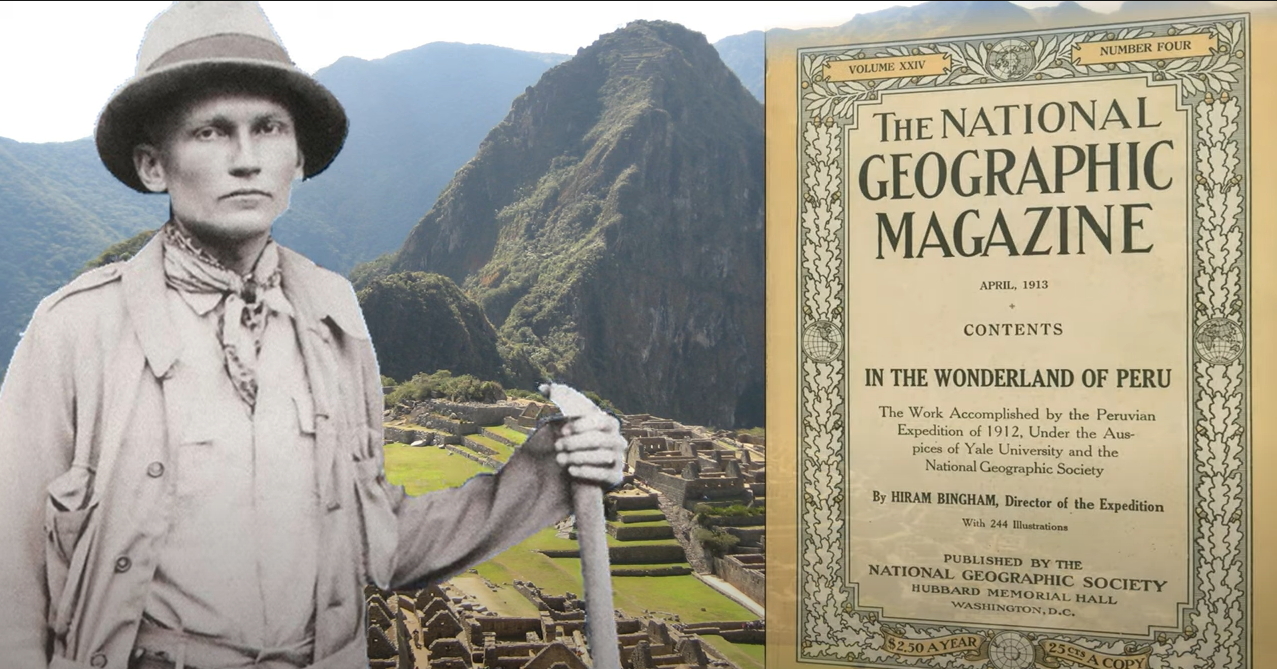 He would later meet up with Hiram Bingham, and together, inspired by what they thought was local myth, and driven by the curiosity of the Yale Corp, both Bowman and Bingham would be the first Westerners ever to set sight on this incredible part of the world. Two highly educated Yale professors, Bowman soon to be a founding member of the Council on Foreign Relations, a real life Indian Jones. And the news of such an incredible discovery was sure to travel fast, making world-wide headlines, Bingham was heralded as the discoverer of Machu Pichu, National Geographic, as a sponsor of the trip, dedicated an entire edition. Bingham taking much of the photographs himself show amazing ancient stone structures, monuments, and the famous Hitching Post of the Sun. Their expedition more than settling a local myth, it brought the story of the Sacred Inca Valley and its final stand, into the collective lexicon.  And despite much of the world having been discovered by the turn of the century, both Isaiah Bowman and Hiram Bingham helped unveil never before known history of mankind and together authored one of the greatest discoveries of the 20th century.

By 1912, Bowman was assisting William Morris Davis, in organizing the Trans Continental Excursion. Columbia University provided accommodations as nearly all the worlds leading geographers attended. The trip spanned the late summer and early fall months and would carry them by train, trolley, boat, wagon, and automobile on a nearly 13 thousand mile circuit around the Continental United States, leaving Grand Central Station in New York, on the morning of August 12. Travelling north they made a stop in Buffalo to see the Niagara Falls. Heading west they followed the track through Chicago and the northern states of Minnesota, Montana and Washington, where they visited Yellowstone National Park and the Grand Coulee Dam. After travelling south, through the Great Redwood Forest, they visited San Francisco and then the Great Salt Lake before making a pitstop at the Grand Canyon. They documented the Mississippi River at Memphis and travelled north through the Appalachians, finally arriving back in New York in October. This moment significant in that it brought all of the worlds most influential geographers to one place, with Bowman playing host. The relationships made during this trip having lasting effects, by helping to facilitate the International Map of the World project – the mapping of the entire world in a one to one million scale. 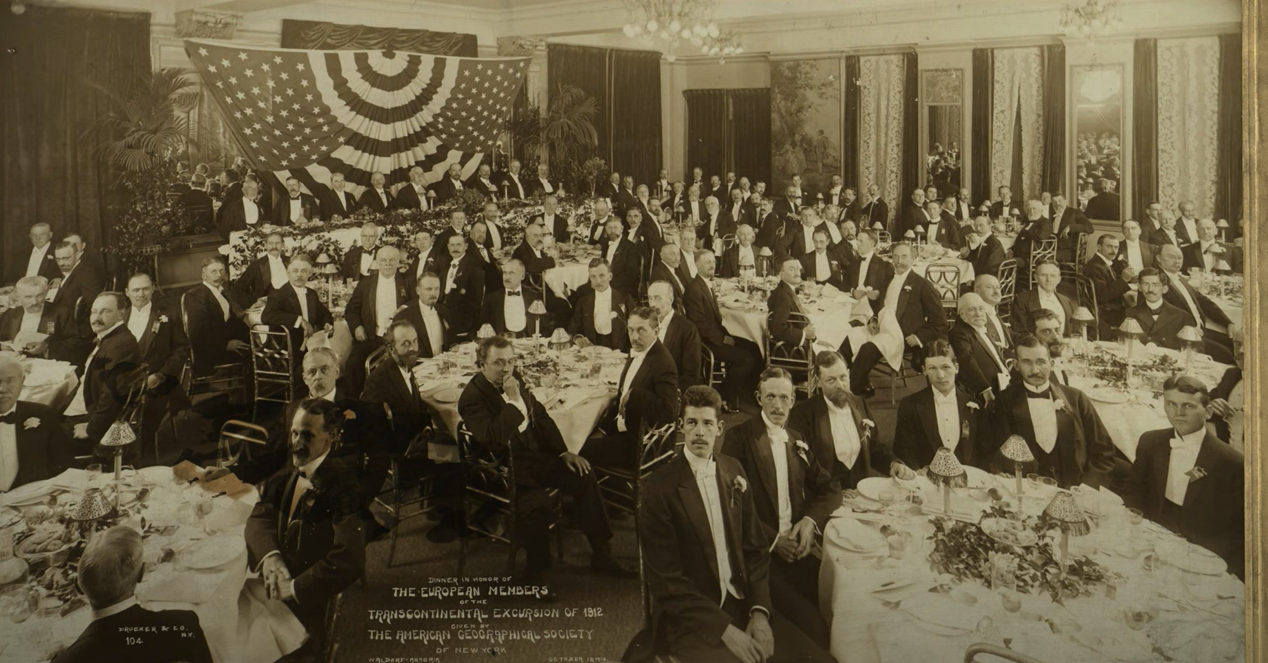 In 1913, Bowman’s sponsors, wanting one final exploration of South America sent Bowman to the Central Andes, beginning the most comprehensive of the Bowman missions. Their work centering first on Tiahuanacu and then south – through the Atacama Plateau.  Bowmans team travelling aboard the White Star Line’s Oceanic, setting sail from New York on April 26 bound for Buenos Aires by way of Southampton.  Photos of the Oceanic show it to be a beautifully ordained cruise liner, and Bowman and his team would have had full access to its amenities in the coordinating and communicating of their mission with the mainland. Once landed, the men disappeared into the jungle and contact with home at this point would have been rare. Images reveal the extreme type of terrain and weather, here seen traversing rivers on muleback in the rainforest while later, a large part of the trip was to take place in the driest place on earth, the Atacama Desert. 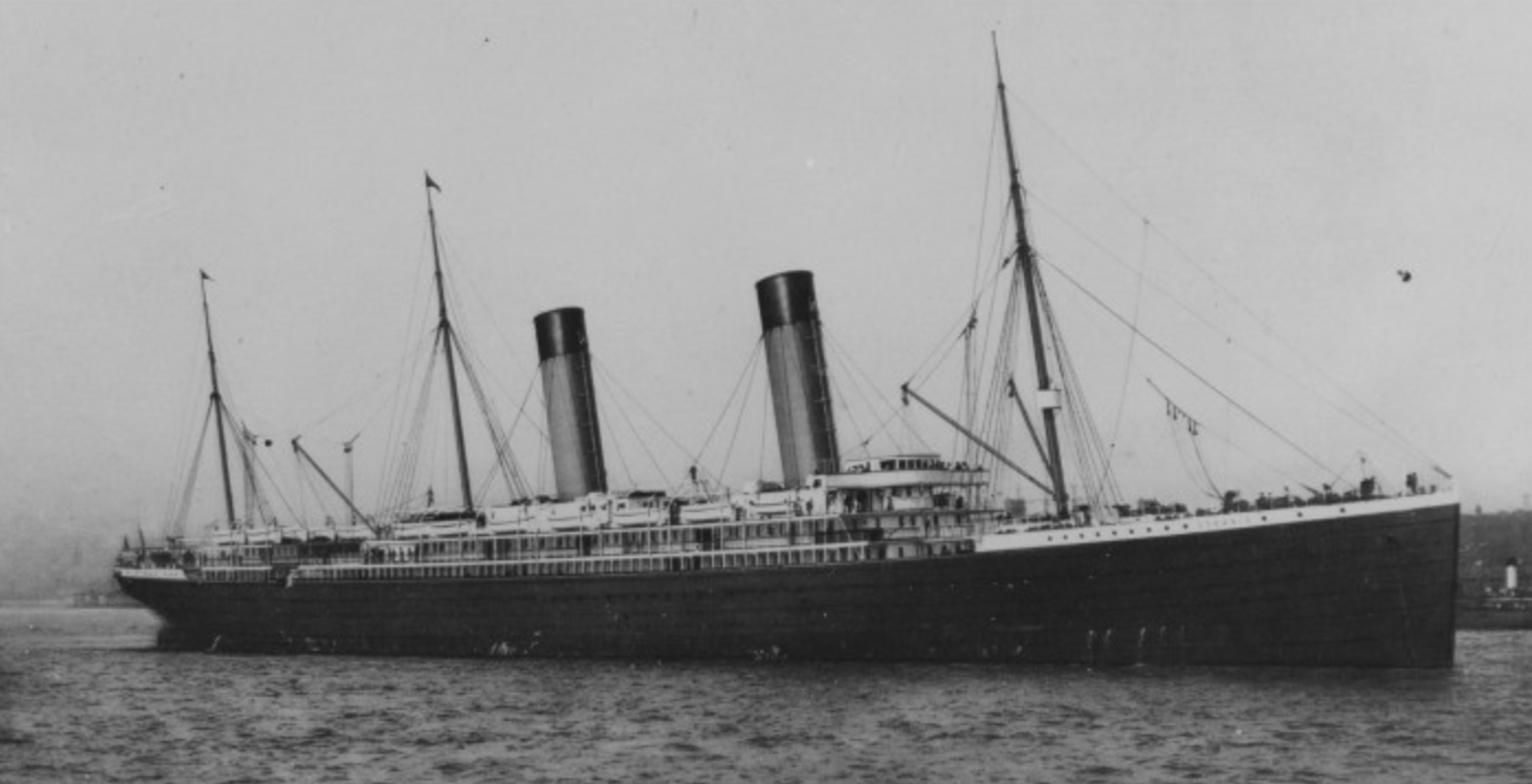 Bowman returns to America and writes of his experiences in, South America in 1915 and, The Andes of Southern Peru in 1916. Bowman was named the second vice president of, the International Geographical Congress, and by 1915 his work so notable, that Bowman was named director of the American Geographical Society. A year later, founding the Geographical Review. And, its because of his early experiences in South America, Bowman was chosen to head the Hispanic Millionth Map Project, fitting nicely within the larger, International Map of the World project. Bowman would then in 1917, be hired by the United States Government, called to head the Inquiry, his official title, the Executive Officer and Chief Territorial Specialist. Thus starting Bowmans career as a political geographer being a direct advisor to the presidencies of both Woodrow Wilson and Franklin Roosevelt.

It is through this introduction to statecraft that Bowman would soon become an initial founding member, and early director of the newly formed think tank, the Council on Foreign Relations. Bowman would go on to be a lifetime board of director and would author many articles for the council’s periodical, Foreign Affairs. And, the CFR today continues to play a vital part on the world stage. He would continue to work with the State Department throughout his entire life earning him much international acclaim, Bowman personifying the very traits that still embody the CFR mission today, as it continues to be a gathering place for the intelligence community, Ivy League social science, mainstream press media, Fortune 500 corporations and our elected State officials, and now after a century, an argument can be heard, a well-formed argument calling into question the CFR and think tanks like them, wondering aloud as to the role of not-for-profits in our governments and in our society as a whole. This voice wonders what Isaiah Bowman would say some one hundred years later when confronted with the long-term results of what he helped create.  In part two, we follow the rise of Isaiah Bowmans international career, his introduction to the Inquiry and the completion of the Hispanic Millionth Map Project. Join us then as Bowman finally trades his leathers and canvas for a briefcase and a tie, and we continue to ask the viewer to make up their own mind, are think-tanks, not-for-profit 501c, non-governmental organizations and their omnipotent political lobbying altruistic in nature or parasitic by design?